Between tradition and modernity: The global container shortage required creative solutions from our major coffee customers. 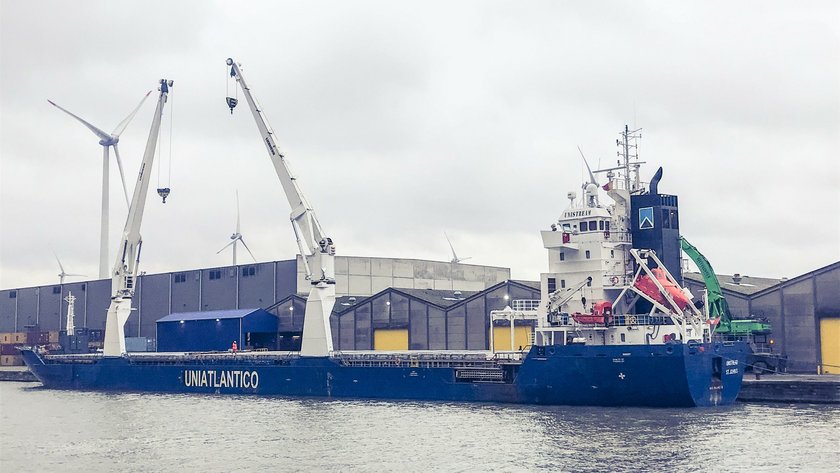 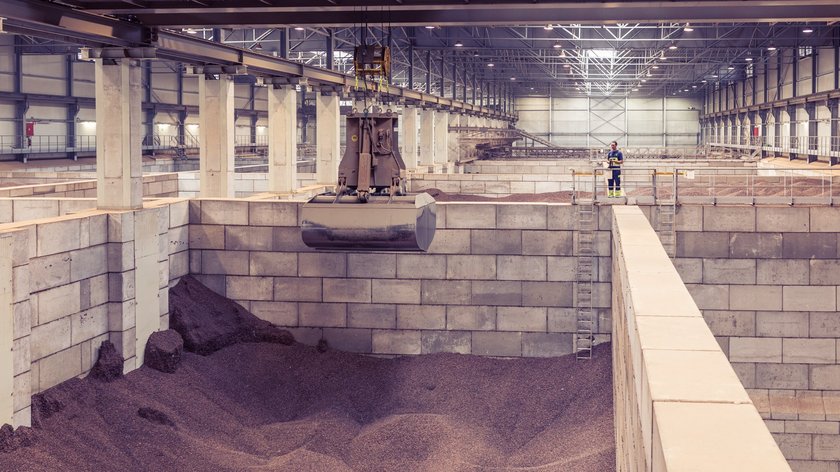 Instead of the usual containers, whether bagged, big-bagged or bulk, the coffee was loaded into ship holds similar to the way it had been in the past. Unlike back then however, big bags made of polypropylene instead of jute bags are now the most common packaging for transport. At our port in Antwerp, a ship from Santos (Brazil) recently arrived, loaded with 6500 tonnes of coffee.

The coffee, consisting of 67 different qualities, is divided into a total of 6540 big bags. On this special occasion, our customer was even on site and accompanied part of the unloading. Such unloading takes place at a rate of about 1500 tonnes per day. The coffee is now sampled by us, stored and, after release, transported to various locations throughout Europe. Some of the coffee is initially to be transferred by train to our site in Trieste.

This type of containerless shipping is becoming increasingly popular: a ship of this type already arrived in Bremen in December, two more ships are planned for Antwerp; a second will also follow in Bremen and plans are already underway in Genoa for a delivery of around 6000-7000 tonnes.

The Vollers Group has the optimal prerequisites and the necessary know-how for such a task: The high level of experience in handling arrivals of large quantities of cocoa is established in the Vollers Group at numerous locations. The skills in controlling cranes and slings are also present as a basic requirement. On the other hand, the favourable location at the port also plays a major role. The modern IT infrastructure also ensures that all information is stored and that the goods can be fully traced.